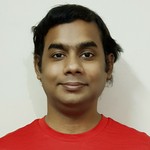 First published on MSDN on Sep 11, 2018
Good Day All!
We are back with the Wednesday's Featured Forums where we write about a Microsoft forum that we think is great. Today we will be looking at Visual Basic Forum which is under Visual Studio Languages category.
Lets look into first what is Visual Basic? Visual Basic also referred to as "VB" is a programming language environment from Microsoft that runs on the .Net Framework, intended to be relatively easy to learn and use. Beginning programmers often consider VB the starting point in software development.
Visual Basic was derived from BASIC and enables the rapid application development (RAD) of graphical user interface (GUI) applications.


Many developers still favor Visual Basic 6.0 over its successor Visual Basic.NET. There are many widely used MSDN forum and this is one of them which contains around 86687 pages of questions and answers of great collaboration, where community members are discussing their issues and solution approaches and learns from each other.
There are many Q&A thread and discussion posts you can find which contains great collaboration! You can also look into this weekly featured post Tuesday Featured Post: An Example of Community Discussion where you can learn more about how are these collaboration taking place between community members.
Now that we have a brief overview let's move to the Visual Basic Forum. To access the forums you can click on the link below:
Visual Basic
If you want to learn more about Visual Basic, here is a list of resources available to try:


That is all for now. All the best!