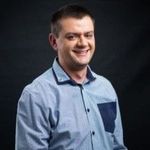 Greetings Everyone
Welcome to another Wednesday featured forum, today we will be looking at the SQL Server Forum.
What is SQL? It is called " Structured query language"


Microsoft SQL Server is a relational database management system developed by Microsoft. As a database server, it is a software product with the primary function of storing and retrieving data as requested by other software applications—which may run either on the same computer or on another computer across a network (including the Internet).


So in a nutshell, it is a server that stores data in a database. Many applications make use of SQL, some of them are:


SQL can be installed standalone or you can have a cluster running that spans datacenters, for example, you might have your Skype for Business databases active in 2 datacenters for high availability.
Take note that each version has its own costs. The benefits of this is if you license the cores on a hyper-v host, you are able to install SQL on as many Virtual Machines that you need, running on that host, obviously limited to hardware.
I won't jump into detail here but you are able to upgrade a version of SQL to a higher version. Be sure to check the documentation of what is supported and what the minimum requirements are before proceeding. Remember, backups of SQL are very important as well, if you do not maintain SQL, your disk will run out of space causing potential downtime for your users/business.
Don't confuse SQL with MySQL. MySQL is an open source, free tool that you can use where SQL from Microsoft is more costly as you have to purchase user CAL's and license your servers.
Here are some of the advantages of running SQL server vs running an Access database for example:


These are just a few of advantages. You do need to take note though, SQL Server is resource intensive. You need to ensure that you server is adequately spec'd to run your applications and always best practice to follow Microsoft Recommendations on Memory and CPU allocation and tuning.
SQL has grown over the years, each version introducing new features, let's take a look at the different versions:

You have the option to install Standard Edition, Enterprise Edition or Datacenter Edition. As mentioned, each one has it's own set of costs with Datacenter Edition being the most expensive.
I didn't add SQL Express to the list, you can install this version but it has it's limitations with database sizing unfortunately.
Let's head over to the Forums now. This is another big Forum with 461649 pages of questions.
Here are some of the example questions asked in this Forum :

If you want to learn more about SQL Server or introduce SQL into your environment, here is a list of resources available to study from: