Various ways to Q & A with 3-interesting threads 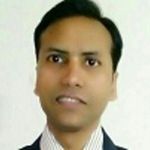 Various ways to Q & A with 3-interesting threads

First published on MSDN on Mar 07, 2017
Hello all!
I just joined the bloggers team and it gives me an immense pleasure to write my first post on ' Featured Thread '. I really have no words to express gratitude for all forum moderators, supporters, contributors and the people who make this place great.

I had a chance of analyzing few threads from the C# forums and here is my take on the present prevalent behaviour. I observed many people prefer to post with a minimalistic one line query by posting code. When it comes to answering I have seen many people who stick to the script and answer the question asked in depth. Whereas there are folks who are kind enough to cover the peripheral aspects as well. I could bucket the majority of the people posting queries under three different styles.

Sometimes, we can not pick one winner out of several winners and we pick all. Today, I am picking 3threads instead of 1thread.
Below are the three different and interesting question and answer threads, which I encountered while moderating this forum. These are from the C# forum :

First thread , I picked up is: Newbie at source code asked by TarnishedRid . The beauty of this question is - its very simple and asked using a sample code. However the catch with this code is that this code in most likelyhood represents a DOS Attack (Virus). When I encountered this question I had to pause for a moment briefly and ask myself that why would a user pick up such an example? So, here the interesting fact about this forum is that it simply accepts any kind of questions asked for technical/programming issues, no validation required.
RJP1973 answered this question. Answer in itself is a beauty, RJP1973 first suggested not to use such code which appears to be a virus and then goes on to provide answer to his question. Here the forum member followed the expected response path which I really appreciate in this case.

Second thread , I liked is: Generic Functions in a DLL not working on an imported Project asked and answered by Vuyiswa Maseko A good approach is to provide an answer so others can get benefited with when you find a solution to your own issue. In this question user did the same thing. He was facing a problem while trying to access a specific library function and provided the solution once he found a solution for the same. Good approach to use while working with forums.

Third thread, hide a label after a few second as status bar asked by arman_gorjipoor , I called it a single-liner ques

tion. In this thread the user is asking for a solution about how to do a specific thing. By reading this question, you can end up thinking about various solutions possible, as the problem statement is not specific. BonnieB has answered this question with a simple code-snippet. This code is self explanatory. At the same time BonnieB suggested the possible problem when using 'Thread.Sleep'.
There might be few other ways as well. However majority of the ones I analyzed could be easily clubbed under these there styles. They are all good in their own way and shows how a forum stays active and alive.