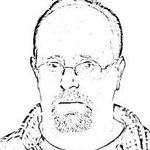 Each week one of the "Forum Ninjas" staff members picks a top contributor in the MSDN and TechNet Forums that impressed him. We write about their achievements, and we interview them. Today it's time for Monday Interview with a Forum Ninja!
The person I would like to introduce today should be familiar to anyone who uses SQL Server forums. He is a real SQL Server Forum Ninja! Let's meet Erland Sommarskog ! 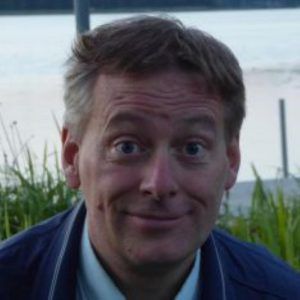 Erland Sommarskog
I’ve seen Erland help people for years since my first day in MSDN forums. In fact, when I first saw the "Wiki Ninja Monday Interview", I thought it would be a great idea to do a "Forum Ninjas Monday Interview", and Erland was one of the first names I had in mind, before we even started the blog.
Erland is Microsoft Community Contributor (MCC), and he received the Microsoft Most Valuable Professional (MVP) award thirteen times since 2001! He is an active member in the forums since 2007, with stunning statistics that say it all.


Here are some of Erland’s Statistics:

Some Examples of Recent Forum Posts from Erland:

Who are you, where are you, and what do you do? What are your specialty technologies?


I'm Erland Sommarskog. I'm an independent consultant located in Stockholm. I've been an MVP for SQL Server since 2001. More precisely I specialize in the Database Engine, more from a developer perspective than as a pure DBA.


What are your big projects right now?


My biggest project is probably AbaSec - the product I've been working with for the last twenty years, first as an employee and now as a consultant. It's a big enterprise system for trading and managing financial instruments used by banks and similar actors on the markets in the Nordic countries.
Outside the paid work, I always do things for the community. I have a web site with a small collection of big articles, and there is always someone of them that needs updating. Or I try to complete a new one. Recently, I have also started to give presentations on SQL Saturdays and other SQL gatherings.


What Microsoft Forums do you participate in? What different roles do you play?


I'm active in forums related to SQL Server, where I try to answer people's questions about SQL Server. 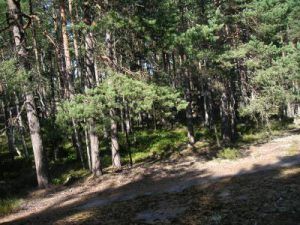 What are the Microsoft Forums for? Have you ever seen them have a powerful impact?


I see them primarily as a place for people to get help. Whether that help has any impact is difficult to tell, since you rarely get to know what happens once the thread in the forum is over.


In what other sites and communities do you contribute your technical knowledge?


I have my own web site, http://www.sommarskog.se , where I have a small collection of longer articles that goes into depth in some SQL Server topics. You also find some utilities there.


What are 2-5 of your favorite forum threads?


In a week, I may be active in over 50 threads. Of which many I don't remember later. So it is difficult to mention favourites. True, there are some that I may recall, but I don't have the URLs to them.
Generally, the best threads are those where the person asking not only got an answer, but also learnt something and is able to approach his next problem on a higher level. Even better are the threads where I learn something myself!


What forums need more attention? What could they use more of?


I'm not sure of that I sense a difference between the forums that I monitor. Well, I have noticed that the forum for using .NET in SQL Server is more prone to attract spam and misplaced posts than others. But these posts are also usually taken care of quickly.


What could we do differently on MSDN and TechNet Forums?


I'm uncertain over who "we" are in this context, but let me take the occasion to express my frustration of the <censored /> posting experience.
The posting window is extremely difficult to use. When people paste in source code, the code is often mangled. There is button to help you with that, but it is impossible to discover if you don't know about it. And even when you use it, code is still inserted with a proportional font, so that indentation is messed up!
Come on, this is no rocket science! Other forums that I occasionally visit do not have the same problem. It would be wrong to say that the posting UI at SQL Server Central is fantastic, but it is way better than what you have in the MSDN forums.
It does not stop there. New users have to be "verified" before they can add images, but they rarely know how to do that. Screenshots often help to clarify the questions. When they are not able to add that, everyone are frustrated.
It is also outright bad that the only thing that can be attached is images. Sometimes the amount of code is too big to include in the post, and is better posted as a zip. And for performance in the SQL Server forums, we want to see the query plans. These are XML files which are also too big to include in the posts.
As it is right now, we have to ask people to upload things elsewhere (Dropbox, Google Drive etc) and post the link. Sure, most people manage to do find a space, but it would be a lot easier if they could do that from the start.
You may ask, if I find the posting experience so bad, how come that I can stand it myself. The answer is that I use the one thing which is the ace of the MSDN/Technet forums: the NNTP Bridge which permits me to access the forums through my newsreader. It is nothing for the regular folks, but for me who monitor forums and read many questions it's a golden asset.


Who has impressed you in the Forums community, and why?


Four names come to mind: Roy Harvey , R ussell Fields , Dan Guzman and Tom Cooper .
Roy and Russell are not active in the MSDN forums any more. (I believe that Roy may have retired entirely, while Russell hangs out on Stackoverflow these days.) Dan and Tom are still active. What they have in common is that they combine knowledge and expert answers with a patience in the tone of the answers, that I am not able have myself. It is worth noting that Roy was among the very first to be awarded as an SQL Server MVP, and Russell also held the award when I was awarded myself back in 2001. Dan and I were first awarded at the same time. Tom Cooper is alas not an MVP.


I guess that success in this case is lots of people asking questions and getting answers that they are satisfied with. Unfortunately, I am not sure that this is happening on a rate it should be. Partly this is due to the posters themselves - questions are often far too vague. But there are also too many persons who answer posts with too little knowledge and the answers are often off the mark. 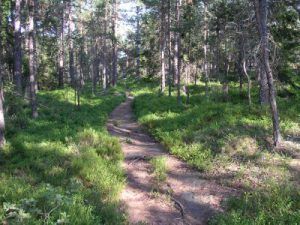 Do you have any comments for product groups about the MSDN and TechNet Forums that they moderate?


You mean the MSDN droids? Well, they do not always contribute to make the forums a good experience. OK, so I reckon that for some people it is important to have an answer from someone who carries the MSFT label. But many of the MSDN people who monitor the forums seems to be junior people, and their answers are far from always on the mark.
I should hasten to add that there are exceptions. Occasionally you see MSDN people who are genuinely interesting in helping - and also have the skills to do it. I like to give special credit to Eric Zhang who was active in the forums earlier this year - he did a very good job!


Do you have any tips for people asking questions on MSDN/TechNet Forums?


Yes. Make an effort to be precise. Keep in mind that the people answering question do not know your environment, they don't know your business, etc. Don't just casually type off a question in five seconds. When it comes to posting code, keep in mind that we cannot copy and paste from screen shots - post the code as text.
For SQL Server questions it is often a good idea to include CREATE TABLE statements and sample data together with the desired result.
Right now, it happens far too often that I stare at a post for a minute or too, and I can still cannot understand what is being asked.
And when you have gotten an answer that has helped you, be kind and post a quick feedback telling so. (Some people also appreciate if you mark the post as answer, but I care less about that.)


Do you have any tips for people answering questions on MSDN/TechNet Forums?


Yes. Be considerate with your answers. It seems that the forums has some system with points and medals. I am not convinced that this is a terribly good idea. The driving force when you answer questions should be to help people, not getting points. Don't post for the sake of it, but only if you are confident that you have a helpful answer. (Yes, I will have to admit that sometimes my enthusiasm has lured me as well to post answers of dubious quality.)


Do you have any tips for moderators of MSDN/TechNet Forums?


Yes. Never mark posts as answers - unless you were the person who asked the question. In my opinion, no other person should be entitled to mark posts as answers than the person who asked the question. OK, so there may be situations where the persons posts a reply and seems content. But in many cases, there are posts that are not even close that are marked as answer. For what reason? To improve statistics? Just face it, some questions will never be resolved. Maybe the poster found the answer elsewhere (many post to Stackoverflow etc as well). Maybe the problem became moot because plans were cancelled or the poster realized that he was on the wrong track from the start. The current state of affairs serves no one - well, maybe some middle manager when reporting to a higher level but certainly not the community.


Are there certain days or hours in which you use more frequently forum?


Weekdays, I tend to make a quick round when I arrive at work, and then I may jump in occasionally through the day, when I need a pause in my other work. Then I usually take longer bout in the evenings before I go to bed. Weekends I stick in my nose every once in a while, through the day.


Do you want to add something in conclusion?

Thank you, Erland, for your contributions to the community and to the forums! It was great to hear from you directly, and nice to know more about you.
Please join me in thanking Erland !