Namaste All,
It's Monday and welcome to another Interview with a Forum Ninja, moderator and 19 times MVP (Wow!) Tibor Karaszi . Tibor is worldwide renowned MVP and provides training on SQL Server master classes to people around the world. He is one of the most respected SQL Server MVP's. Tibor has been active in Microsoft Forums since 2008.
I have known Tibor for more than 2 years and his blogs have always been source of great learning for me.
At the time of the interview Tibor has the following statistics in MSDN forums.

Below are some recent MSDN threads answered by Tibor.
How to add a not null constraint after checking its existance
SSMS missing extended events node? Re-run installation?
Agent workflow 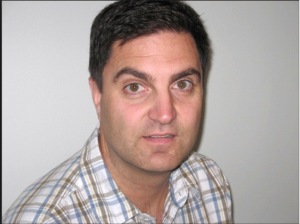 Let us start the interview.
Who are you, where are you, and what do you do? What are your specialty technologies?
I'm a SQL Server independent consultant living in Sweden. I have decades of experience with teaching SQL Server. 13 years ago, I decided to go on my own and become independent. I still do about 50% training, but I also do regular consulting on SQL Server. My area is the database engine, or, if you want, the relational engine.
I live in a suburb to Stockholm called Täby. I used to be a city person living in Stockholm city center, but about when I became independent (13 years ago) I moved out to the suburb. With time, I became to appreciate the nature in the forests that is available here. My main hobby is running. I try to run about 5 days a week, some 10 – 30 km on each run. I say "try to" since every runner knows that the main enemy is injuries. Just a week ago I was in Norway with some friends and ran a race called "Skåla Opp" which is a pure uphill race. That was a new experience. Next adventure is Frankfurt Marathon, and it is high time to start my specific Marathon training now.
I started with SQL Server before version 1.0, when it was in beta. I think it was 1988, but my memory is a bit foggy on the details. It was OS/2 back then, by the way. Anyhow, I've been working with SQL Server since, but of course also done other stuff over the years. But the last decade or two has been pretty much dedicated to SQL Server. Even though I sometimes touch the other parts of the product, like SSIS and SSRS, the heart is with the relational engine.

What are your big projects right now?
Being a trainer, each course you teach is a new project, albeit a short project. You want to engage the students, make sure that they learn as much and as relevant as possible, and also leave with a good feeling. Since SQL Server 2016 was released recently, I've spent quite some time with that version, new stuff and the new courses for that version. As for consulting, the gigs are whatever happens to come my way – and of course is in my competence area. In general shorter assignments. 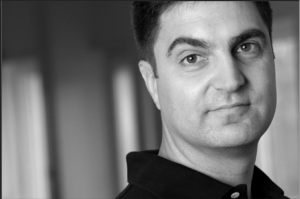 What Microsoft Forums do you participate in? What different roles do you play?
I'm in the MSDN forums, active in the ones related to the database engine. The main ones are "Getting Started with SQL Server", "SQL Server Database Engine", "SQL Server High Availability and Disaster Recovery", but there are a handful of other SQL Server forums on MSDN as well. I'm moderator in some of the forums, and "just a regular guy" in some other forums. I'm all in it for the enjoyment of helping out the next person together with actually thinking that these things are really fun! 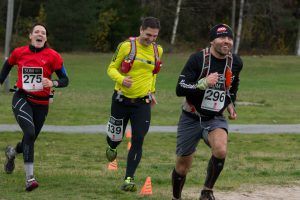 
In what other sites and communities do you contribute your technical knowledge?
I blog, every now and then – when I feel that I have something important to share, on sqlblog ( http://sqlblog.com/blogs/tibor_karaszi/default.aspx ). And I also have my web-site which is mainly for a handful of articles that I feel has a longer life-span than a blog post: http://www.karaszi.com/sqlserver/default.asp .

So apart from SQL Server forum what other activities you do to help people around the world with SQL Server technology?
As I mentioned, that would be the forums, my blog, my web-site and the training on SQL Server that I have delivered over the years. I believe that the first SQL Server course that I delivered was in 1991.

On what forum threads have you collaborated with other community members to help answer a question?
Oh, I really can't say. I try to keep to stick with the technicalities and not get stuck in debates and such. I.e., keep my head cool! :) But that also mean that as threads "die", hopefully because they are solved, they also vanish quietly from my memory.

Do you have any comments for product groups about the MSDN and TechNet Forums that they moderate?
As for people from MS (product groups or else) posting in the forum, I'm only happy about that. MS people in general keep their heads cool and stick to the point. And people from the product groups have, of course, a wealth of knowledge and insight that can be very appreciated and valuable in for forums! 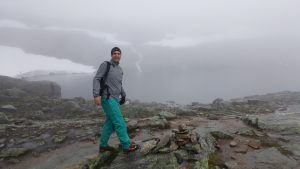 Do you have any tips for people asking questions on MSDN/TechNet Forums?
It is only common sense, things like what you have tried, error messages, CREATE TABLE and INSERT commands for T-SQL questions, etc. Yes, it will take a little bit longer to create the first post, but it will result in fewer interactions, where we would be asking for more information, and in the end result in a quicker resolve of the problem.

Do you have any tips for people answering questions on MSDN/TechNet Forums?
Again, hopefully just common sense. Stay calm, keep to the subject. Remember that English is not all poster's first language. Do try to not take offense with what could be read as impolite responses - again the language barrier. And, please read the question twice and make sure that you understand the question. As soon as a reply has been posted to a thread, the likelihood that other replies are posted reduces drastically: "Oh, somebody is already taken care of this thread", sort of. So if the person who wrote that first reply didn't take the time to read and understand the problem, then he or she doesn't really do the original poster a service by answering with a "sloppy reply". Me, I tend to not answer if I don't feel like I do understand the question – I don't always succeed, but I try. Sometime, I just mark the thread so I get email on replies, so I can jump in when the discussion starts, if needed.

Do you have any tips for moderators of MSDN/TechNet Forums?
I find that the moderators are doing a good job, since the current forum policy is that as many threads as possibly should be communicated as "closed" in the end. That policy is not decided by the moderators. But I wish that only the original poster could “close” the thread.

How has been your Microsoft MVP journey and what hard work you did  to become MVP?
I was first  nominated as MVP in year 1997. So depending on how you count, I think it has been 19 consecutive years now. It was very different back then. I was nominated MVP as the 7th SQL Server MVP in the world. We were a small group, and the MVP summits (get together in Redmond) were very familiar. The MVP program is bigger and more formal nowadays, but it is still about the community and helping out in the end. That is something I enjoy doing, and will keep doing whether I will be nominated MVP in the future or not!

Thank You Tibor for giving so much to the community. Let us join in thanking Tibor for his contribution to forums and SQL Server.
MVP and Ninja
Shashank (aka Shanky)