quntums are a very small particles like electrons, heisenberg explained that electron due to its speed which maybe overtakes the photon speed is breaking with old physics theory that expects in general for a moving particle a designed location in a designed time, in fact, because of the big speed of electron we could not know it's location in a designed time. it is everywhere and nowhere in the same time in the atom surface, sothat we are dealing with a new logic which treats multitude of simultaneous possibilities and which differs from aristote logic that see to all of this as paradoxes.

the paper( i started redaction of this paper in may 2019)

after a whole year of thinking about the non stable signs trying to follow my professor mohamed abd elhamid elmaleky the director of benghazi laboratory of semiotics and discourse analysis in his reseach about quantum biosemiotics, i reached to the conception of some thoughts which i find important and i suggest here for an open collective reseach.

quantum semiotics stand upon notions like simultaneousity and entanglement, so, i start with asking about the way of working of the simultaneous systems, they are systems which have simultaneous motivation of the whole links inbetween its elements, that i call system semiosis. ( the semiosis here do not deal with the interpretant that concepted pierce).

rolan barthes indicated in his book mythologies a semiotic axial concept which is sign transparency, that means the stable relationship inbetween significant and signified, in fact , this stability permits the operation of signifying and communication in general, thus classical semiotics stands upon the notion of stable signs, wherever quantum semiotis does not take the same way, so, i thought in non stable signs with which significant refer to every and nothing in the same time, this thinking guides me to concept the notion of system semiosis, wherein each significant motives the totality of links in the system simultaneously.

the machine thinking working with system semiosis monosystemic when it recieves a system combination from a transmitter, this machine thinking which does not think gives automatically  under the motivation of this message an invented system combination the closest to the recieved one in the limits of speed permitted by the industry systemic possibilities provided, thus, machine thinking takes a place inbetween imitation and invention, it overtakes our thinking every time by one step, as if it challenges us or it makes more advances to us more then we do towards it, objectivelly, it gives a perfect kind of interacting, it develops human thinking without having any idea about kindness or evel of it, because it is monosystemic when judgement needs communicating systems( codes), interacting power which distinguishes quantum computer is a wonderful step in evolution of human civilisation.

as known from ferdinand de saussure semiotics is related to the relationships inbetween significants and signifieds, it seems that significant has a motivation power which makes reciever concepting a signified, quantum semiotics stands upon the notion of motivation like classical semiotics though it gives up with sign stability towards sign non stability, it seems too that motivation is concerning also cognitive sciences, imagining a cognitive code refering the system of pleasure/pain to the system of knowledge/ ignorance, we could concept a cognitive motivation with which human being feels more comfortable when he recieves more knowledge( more knowledge here means more developped system semiosis or systemativity or more ability to think), we could feel this phenomena in the case of cognitive intuition, sophism is a field of knowledge wherein prospered expressions about this cognitive warmth.

machine thinking monosystemic taking the form of quantum computer seems to be useful only with monosystemic sciences like mathematics, when it gets in the inputs a systemic combination it gives in the outputs the closest invented combination to the recieved one, if it gets the result in the inputs it gives in the outputs the closest invented systemic combination to the combination first invented and so on, so, quantum computer converses systemic combinations which gets in the inputs by inventing intrasystemic new links, this conversion in fact is an interpretation, but it's an interpretation that defers from human interpretation approaching phenomenas, but an overtaking interpretation to the phenomenas, this fact requires for the human being interacting with quantum computer to develop his symbolic system( codes)  sothat it could notice the machine interpretation in the outputs, it seems through noticed importance of human symbolizing in observation phenomenas in its mutual interacting, it seems to be well understood to consider semiotics as a most important science.

amberto eco indicates in his interesting book semiotics and language philosophy to the de saussure's work on anagrams , it seems for an ignorant that is not useful to look in the text for previous texts through a play with words and letters, in fact de saussure was of a high integration with the world of words, his faith in the generous gifts of systems especially linguistic one made him taking this way, maybe is due to this faith that he choose semiotics to study language which is for him a perfet semiotic system.

jakobson indicated the notion of cryptanalysis which comes before decoding, a mozart symphony for example is related to a code, there is always a communication inbetween two systems.

in this perspective i see that interpretation at gadamir gives way to objectivity or human convention through coherence phenomena, what amberto eco calls acceptable interpretation, i see too that this interpretation is not very different from derida one in its deviations, because the approached phenomena is a part of a very large and complicated system wherein we could not notice its coherence.

i concept abstracting from semiotic motivation point of view that all of systems are inter and intracommunicating through a system and code semiosis, and by the way of this integral semiosis every element in each system has an integral memory of systems system, and every systemic combination has parallel combinations in other systems, in short, it's a complete ideal previous from human thinking, it's a univers of semiotic nature.

with quantum computer we saw the necessity of the human understanding  to keep up with overtaking machine thinking interpretation, in other words the necessity to develop human symbolic system to be able to notice traces of machine interpretation. if we accept from a cognitive point of view the existance of system and code semiosis in human thinking, we should notice then that this thinking is in permanent state of learning, the development of a single systemic combination could develop the whole human  symbolic system,  we should not ignore here the possibility of human thinking to do overtaking interpretation in some cases.

for somebody quantum semiotics when it says that significant refer to every and nothing in the same time should be a kind of madness, in this case i wander if human thinking should develop to madness to assimilate quantum semiotics?.

here appears interesting to know if consciousness could understand in quantum way and communicate in this same way to push this research forwards.

when hearing a word like (tree) the recognition code which indicated amberto eco helps us to recognize this significant as a single element in numbers code referring to a significant tree, in fact, the significant (tree) is linguistic systemic  combination referring in perception to a systemic visual combination ( lines or colors), so, human perception or consciousness is not able to percept a very single dot, the communication process is using only partial systems, the digital recognition known nowadays is taking the same way, the systemic recognition is an important notion in this research.

in biologic studies we know that a strange element motivates the immunity to behave against it untill it exterminates it and assimilates sothat it recognizes it later.

repeated cases of admiration by homogeneous systemic combinations pushes to fondness towards this system that makes person following other new combinations, this fondness ends in some cases by creation of other combinations under the phenomena called inspiration, it seems that through inspiration emerges an inonding feeling of integral systemic motivation which discovers new intrasystemic links, of course it is known that inspiration is a healthy state for the creative minds and also for the whole community, here appears a question about inspiration as a quantum semiotics object, and about possibilities of creation a quantum communication through encouraging creation.

the restriction of human systemic recognition in the limits of system isolated parts inspires us about the closure of system towards integral recognition and motivation. so, it is imporatant to try widening recognition towards an integral systemic one.

the depending of human thinking on communication inbetween systems which is in fact communication inbetween isolated parts of these systems makes human beings satisfied with it and stands against trying to get out of this closed systemic limits. maybe encouraging creative works interpretation will help in development of human symbolic system whith which we coud realize the system opening.

among lot of cases of fondness about systemic combinations of a designed system, there  are only few cases of them who reach the ability of creation, and if we accept that creation reflect a state of system opening, this inspires us  to talk about a designed part or some parts of the system through  perception or conception of which we could justify a system opening, this part i call system gate, the conception of this gate permits to the human thinking the examination of an inundating intersystem communication or an inundating symbolic activity which we call inspiration.

in the states of sleeping or meditation wherein the symbolic activity should be aqual to zero degree we could notice the reception of some kind of knowledge like dreams or involuntary visualisation, this makes me supposing the existence of attraction inbetween systems gates.

significant in quantum semiotics refers to every and nothing in the same time, this reffering to the nothing is of axial importance in this semiotics, it is a referring to non designation which means a permanent readiness to designate, it forms the dynamic side in quantum semiotics, which is system motivation permanent generator which justifies a permanent system semiosis, and all of this inspires to me to suppose that the nothing is the location of system gate, and also to be more convinced in system gate attraction.

empty significant is a significant which does not refer to a designed signified, in my perspective it is a case of temporary existence of some significants, it keeps its signification nature because of its referring to the system gate( the nothing), this referring works as a permanent  semiotic motivation generator for it, it refers only to itself and to the nothing in the same time.

we could distinguish two cases of the empty significant, the first when it is completely isolated, the second when it forms an element of a known system, for the first case we talk about a unknown system from which emerges only one element,so, empty significants are focuses of system semiosis more developed, and it forms a systems laevels the nearest to the systems gates among other systems elements.

in result we could deduce three systemic principles:

- every system element refers at least to one  another element of the same system.

-empty significant is a focus for a system semiosis more developed.

- the nothing is a fundamental element of the system and it is the system gate.

in dependence to this principle i suggest a general semiotic formulation for the system gate as the system of the system empty significants. this formulation in my point of view could be experimental. 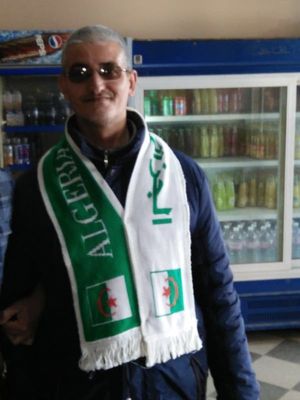