I am implementing Release Pipeline and wanted to use App Service Snapshots feature (which is currently in preview). According to the documentation it should be easy, but I faced an issue at very first step when just tried to get snapshot using appropriate Az commandlet.

Note: app, that I would like to get snapshots from is in P tier and have snapshots (at least they can be seen on Backup blade)

Here what I am trying to run:

An the exception in Powershell:

I suppose it is expecting some parameter to be DateTime, but which one? Event in context help there is nothing about that: 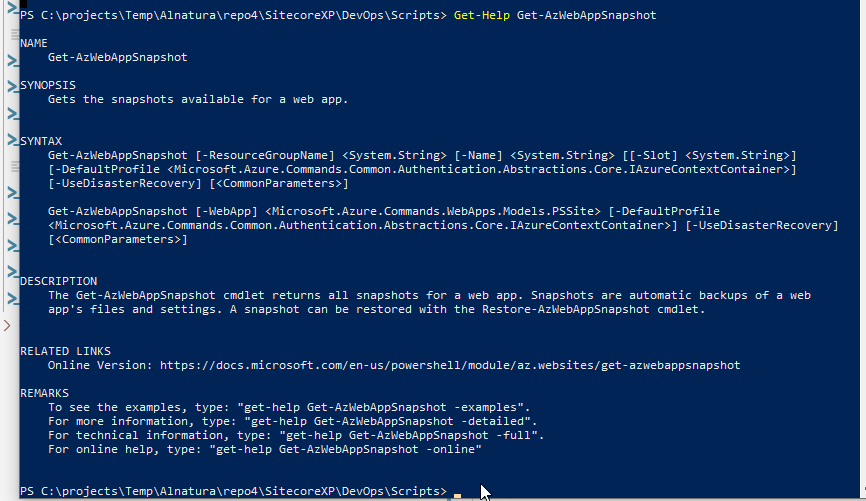 Does anybody have any idea what can be the case?