Announcing the preview of Java support for Azure Functions

Announcing the preview of Java support for Azure Functions

Serverless provides a great model for accelerating app development, but developers want to do it using the programming languages and development tools of their choice. Ever since we first released Azure Functions, support for Java has been a top request. Today, at JavaOne in San Francisco, we’re announcing the public preview of Java support in Azure Functions.

With the recently announced capability to run the open source Azure Functions runtime on cross-platform .NET Core, we’ve architected our runtime to allow a broadened support for different programming languages. Java is the first new language we are introducing in this public preview. The new Java runtime will share all the differentiated features provided by Azure Functions, such as the wide range of triggering options and data bindings, serverless execution model with auto-scale, as well as pay-per-execution pricing. 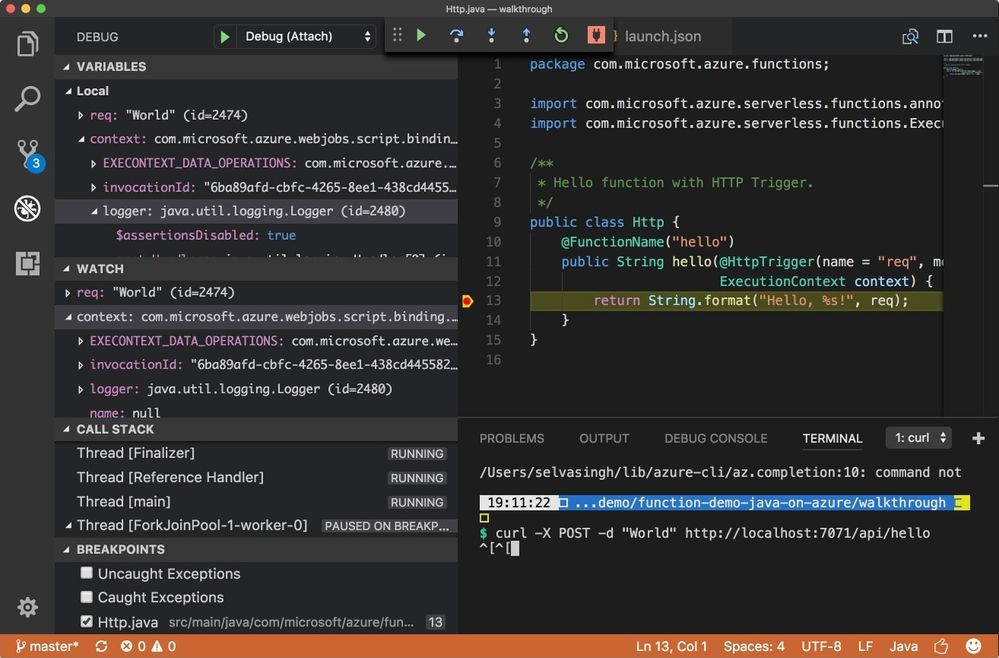