To recap the resolved issue, customers who allow users to login to multiple Windows sessions per host encountered a bug that allowed the first user session to connect, but additional session launches failed. With this update, additional sessions will no longer fail.  Your environment was impacted if you have the "Restrict Remote Desktop Services users to a single Remote Desktop Services Session" group policy set to disabled or the HKLM:\Software\Policies\Microsoft\Windows NT\Terminal Services\fSingleSessionPerUser regkey value is set to 0.

NOTE: Existing public preview participants do not need to sign up again. A new download link will be sent to the provided email address.

You can sign up here to participate in the Public Preview here:

This release can be installed over all existing versions of FSLogix or you can perform a fresh install without a pre-existing FSLogix version.

Here's a complete list of updates in the 2201 Public Prevew:

Hi after tested FSlogix for some time we get issues.

See that logoff freeze for users and I never get this in logs:

Works if admin do a manual logoff direct on server the session running.

Any help for this ?

installed latest version and restarted. and as soon i try to login from Remote Desktop Client. got this massage 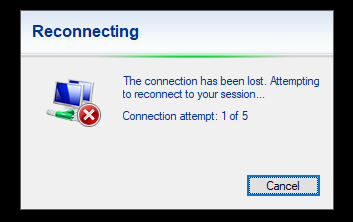 We have this issue with previous version as well. kindly let me know the root cause of this issue.

@Steve DownsSo at present a user has Multi-Search configured for Server 2019 and is using an Office Container Only. How does the search database get stored into the Office container, or are you relying on the user storing the search database in their profile management solution?

@c951909 We are Using Citrix and only get issue when users do logoff. Session is stable all time and don't get any reconnect

lots of random local_username left on our servers, we are performing nightly checks. Not a great solution, and seems like a lot of customers have similar issues. I hope these issues can be resolved as it's impacting us, we also have a few random profile issues at logon, where interop with ivanti environment manager is a real issue. These issues are only really seen at scale and I do wonder what kind of performance testing is actually done at Microsoft.
0 Likes
Reply

We have an issue when we use cloud cache with an destination Azure page blob and a local path that we are unable to sign in if the device doenst have an internet connection.
This issue is also present in the current stable release

When we have an active internet connection everything is working fine.

e: When NOT using redirections.xml the whole FSLogix login process runs fine now. Will try to sort that out, I haven't copied the new admx yet, maybe that helps. Tnx.
0 Likes
Reply