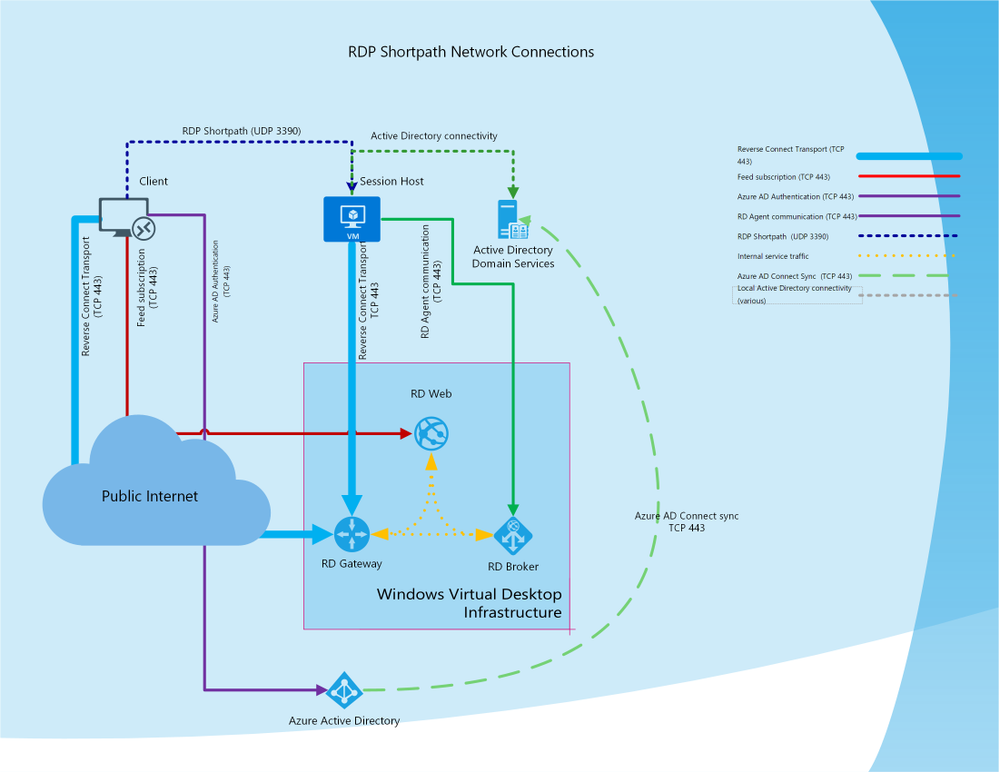 Sound very interesting, we were waiting this feature day one.
All our customer have multiple session hosts behind a firewall and users are working from home without VPN. Do we have to NAT the UDP 3390 port? If yes, can we set a custom ports for the others hosts?
0 Likes
Reply

@swalra
I also followed the docs and am unable to get it to work on UDP.
How did you resolve this?

@Dolinhas, we solved the problem to set first the registry keys on the hosts, after that we install the RD infra client.

How will implementing this affect users who are outside the site-site VPN? Will it deprecate their experience at all or will they continue to work they way they did before?
0 Likes
Reply

You wrote: "For a starter, I would like to remind you that Windows Virtual Desktop uses Remote Desktop Protocol (RDP) to provide remote display and input capabilities over network connections. "

@fdwl I'm interested in learning more about the follow on RDP shortpath initiative that allows use of non managed public networks for the RDP connection.  Is there any documentation available or network topology diagrams detailing how the proposed infrastructure would work over the internet?