This post was authored by Sean McKenna, a Program Manager in the Azure Service Fabric Team.


We recently released a small update to the Service Fabric SDK Preview. The primary purpose of this release is to provide compatibility with the RTM release of Visual Studio 2015, which recently went live. In addition, you’ll notice a few small tooling changes, some based on your feedback and others which provide a hint about where we’re going.


In our first SDK preview, the new project wizard combined the creation of the Service Fabric application with its first service, either a stateless/stateful reliable service or a stateless/stateful actor service. The problem was that the dialog only allowed you to provide one project name, so your application and its first service ended up with very similar names – say, HelloWorldApplication (application project) and HelloWorld (service project). On the surface, that doesn’t seem like a big deal but in practice it results in a lot of renaming. After all, as a microservices platform, Service Fabric encourages the creation of a series of scoped, independent services. A service whose name is very similar to the application name suggests an outsized importance for that service relative to its peers, which usually isn’t desirable.


Now, when you create a new application, you have the opportunity to name the application first, then choose the first type of service and provide it with a distinct name. 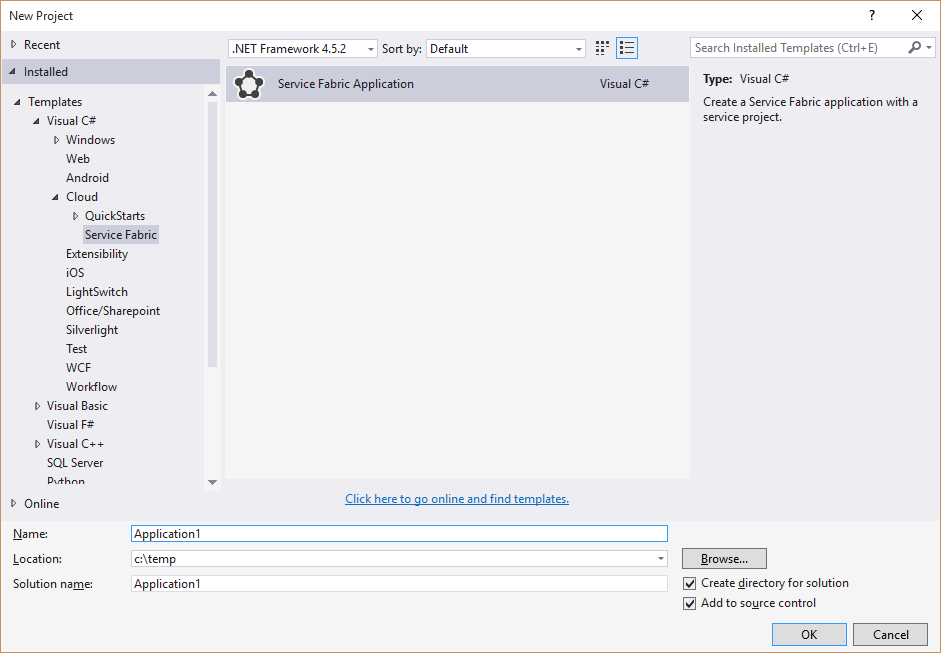 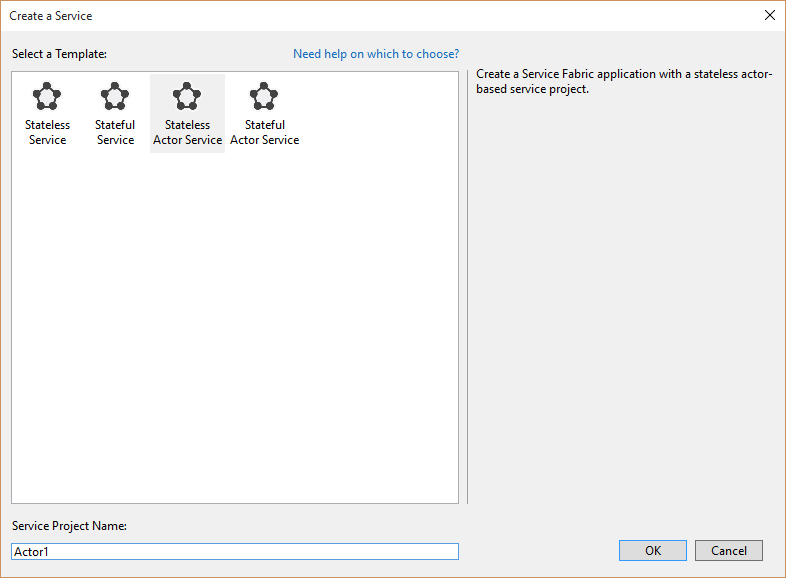 
The Remove operation has been moved from the application project’s context menu to the Service Fabric cluster node in Server Explorer. This accounts for the fact that remove is really a cluster-specific operation, rather than one associated with the application package on your dev machine. You can choose to either remove an individual app instance or the entire application type.


If you create a new project, you may notice that the template now includes a PublishProfiles folder. At the moment, it includes a single, mostly empty file named Local.xml. Eventually, there will be multiple profiles mapping to the different environments you may want to deploy to.


Along the same lines, the application project context menu now includes an entry for Publish:

This doesn’t do anything yet because we haven’t opened up the ability to create clusters in Azure. But these are the first signs of a world beyond your dev box…


Follow the instructions here to update your development environment. Your existing projects should continue to open and run without modification. However, if you run into issues, consider creating a new project and migrating your code over.


If you have any trouble upgrading to the new SDK, you can find us on the usual channels: