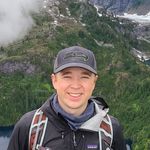 The Azure Service Fabric 7.2 second refresh release includes stability fixes for standalone, and Azure environments and has started rolling out to the various Azure regions. The updates for .NET SDK, Java SDK and Service Fabric Runtime will be available through Web Platform Installer, NuGet packages and Maven repositories in 7-10 days within all regions. This update is now rolling out for Windows. SDK and Standalone packages will become available later this week.

Ok guys, you REALLY REALLY need to get your acts together.

So it's readily apparent that you messed up with 7.2.413.9590, not great, but not the end of the world. Someone NEEDS to update the Service Fabric release schedule here...

It still has September 2020 as the release date for 7.2. I just read the above release notes, and it states no support for .NET5 until v8. When can we expect v8 to be available?

@AdmiralBond we expect to release 8.0 in the spring of 2021. We are currently targeting March. I have gone ahead and updated the roadmap to better reflect our upcoming timelines.

Can we get clarification on .NET5 compatibility? The release notes state,

".NET 5 apps are currently not supported, support for .NET 5 applications will be added in the Service Fabric 8.0 release."

We've been waiting for the .NET5 release, and so this feels like a sucker punch. Are you guys explicitly stating service fabric apps won't run or is this some sort of "cover your **bleep**" in case something pops up. Regardless, it's simply unacceptable to toss this out there at the last minute. Seriously, did .NET5 release catch you guys off guard? "Like, wow, we had no idea the .NET team intended to release new versions." Microsoft states that services have been running the .NET5 previews for months. Microsoft also states that Service Fabric is the underpinning of Azure. Kind of seems like conflicting information.

Service Fabric is feeling more and more like an orphaned after thought. I created a service ticket a month ago, where the azure support guys were clearly ticked off at the SF team for their ineptness. I mentioned in the ticket that I had created this issue on github, https://github.com/microsoft/service-fabric/issues/1038 so they basically handed it off to the SF team for resolution. In the three weeks since, after an initial query, there has been ABSOLUTELY ZERO feedback from the SF team. Is that acceptable?

I've said it before, and I'll say it again. The SF team needs a major kick in the **bleep** when it comes to community engagement. Someone is not doing their job. Seriously, just look what I said on this thread, and tell me I'm wrong. https://github.com/microsoft/service-fabric/issues/1058

@cdonovan63 the new releases of the SDK are now available in the Web Platform Installer. I have now updated the release notes to include the download link for standalone clusters, and if you are running on automatic upgrades you should expect to receive the update in the next few days.

@cdonovan63 Apparently the Service Fabric team has decided, WITHOUT SOLICITING FEEDBACK OR INFORMING ANYONE, to delay publishing of NuGet packages until after a release is fully deployed. The reasoning was that some developers were publishing updates prior to rollout complete. At least that's what they implied on twitter. Why the initial 7.2 NuGet packages haven't been published is a mystery. I was told that their download location is somewhere in the release notes, but I've read them a couple times, and still have no clue where they can be downloaded.

To sum this up, because some devs new to SF were accidently publishing prior to rollout complete, the SF team has decided to make it significantly more difficult / impossible for all SF developers to find / install / use updated NuGet packages. And they did this without telling anyone, and despite it obviously causing confusion, they're still treating it like a secret. To the SF team,

THIS IS A BLOG, YOU'RE ALLOWED TO UPDATE IT MORE THAN ONCE A MONTH.

Ok, it looks like the packages for 7.2.434 are out, https://www.nuget.org/packages/Microsoft.ServiceFabric/

This says that 7.1.503.9590 is manual update only, but how? Unlike all the other versions, the release notes for this one don't have any download links.
https://github.com/microsoft/service-fabric/blob/master/release_notes/Service-Fabric-71CU8-releaseno...

I need to install the developer version, but can't find Microsoft.Azure.ServiceFabric.WindowsServer.7.1.503.9590.zip anywhere. Am I looking for the wrong thing?