We currently use an OpenVPN access server running on an Azure VM, connected to VNet B which is peered with VNet A and VNet C.

VNets A, B and C are all peered with one another and are 10.x.x.x networks.

When connected to OpenVPN client, which routes all 10.0.0.0/8 traffic to VNet B connections succeed to VMs on VNets A, B and C.

I want to transition from OpenVPN to the Azure point-to-site VPN configured on VNet B, but in testing, I am unable to connect (transit) to VNets A or C via the Azure P-2-S client connection.

I have added a custom route to the VPN Gateway on VNet B, advertising 10.0.0.0/8 - the same as the OpenVPN client, but unlike with OpenVPN which facilitates routing to VNets A and C, the Azure VPN client connection, only connects to VMs on VNet B.

Why would my OpenVPN client route traffic via peerings from Vnet B to Vnets A and C but the Azure VPN client does not do the same and only connects (routes) to VNet B.

Thanks in advance for any advice 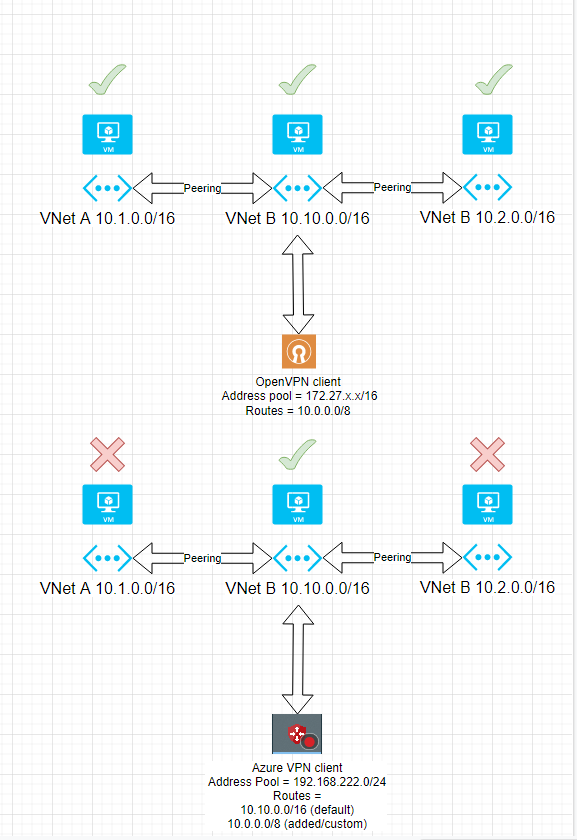 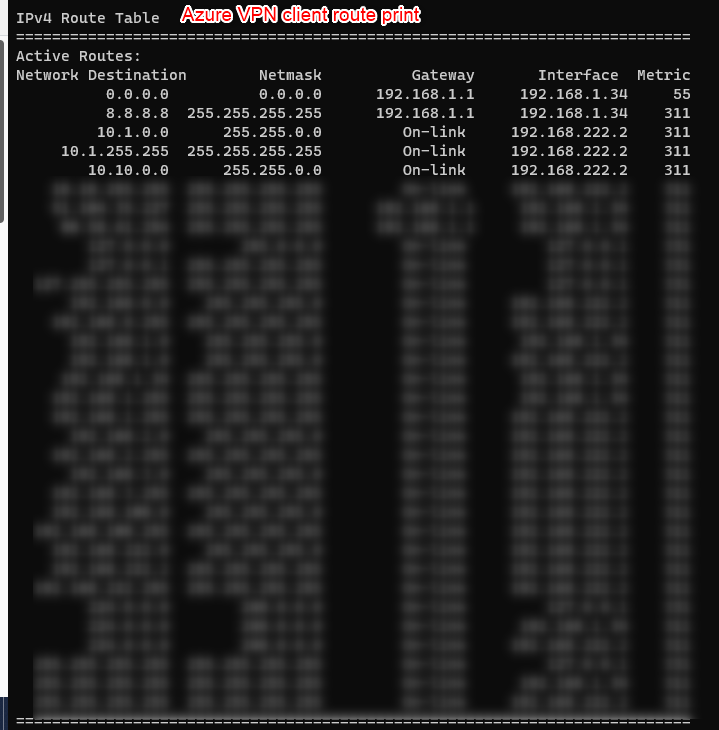 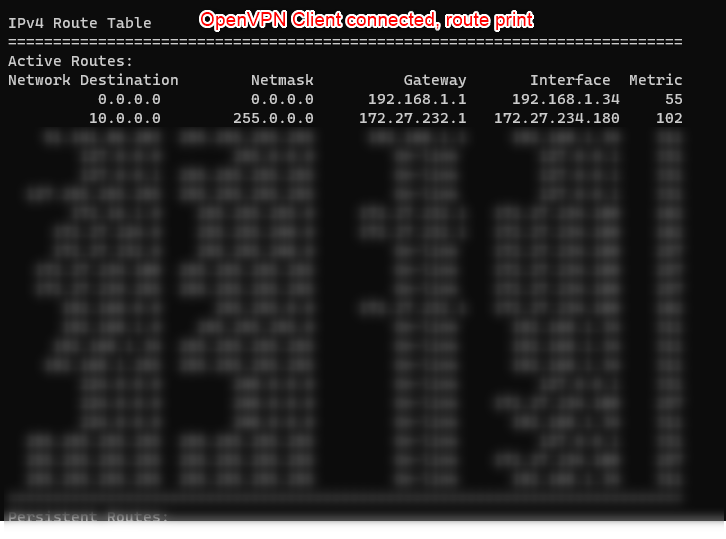