We have a problem when running automated functional tests with TestComplete, triggered via Azure DevOps and running via DevOps agent.

The tests were recorded with a screen resolution of 1800x900 (plus offset).

The standard screen resolution is clearly too small, so we used the Screen Resolution Utility Extension to run the tests with:

We implemented the extension settings in the YAML file according the documentation this way: 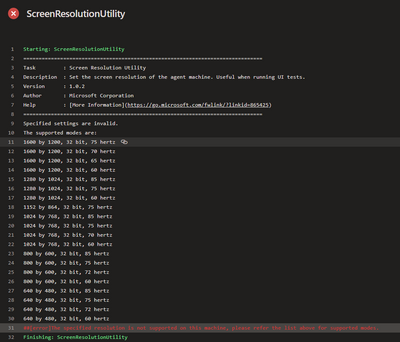 Changing the resolution via Powershell Command does not work either:

The message is “The given settings are not supported by your video device.”

This is strange, because I can connect to the machine with a larger screen resolution via RDP, and also on the same machine automated functional tests with TestComplete are running triggered by Jenkins (via Jenkins slave), and Jenkins has no problem with this screen resolution: 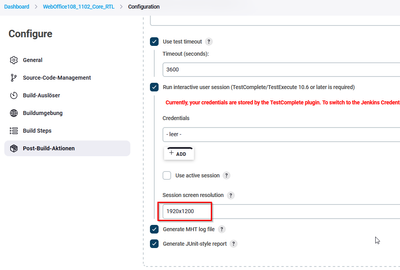 Is there any workaround for this problem? Or is the execution really limited to the resolution 1600x1200?