For example purposes lets say we have two teams (Squad A & Squad B) under the same project called 'Project'. Below is an example of an Epic/Feature/PBI/Task hierarchy for Squad A where the 'Area' field is set to just 'Project'; 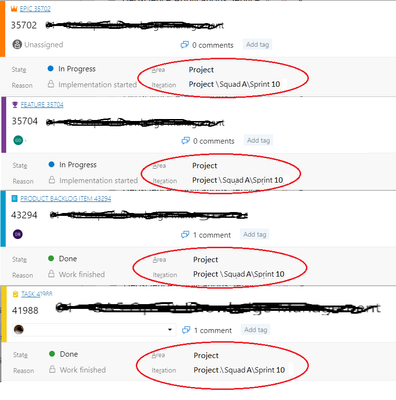 This is all fine as the Task and PBI appear in Squad A's Sprint board. However, for Squad B this is is different because we have to add the Team name in the Area field also for the PBI and Task; 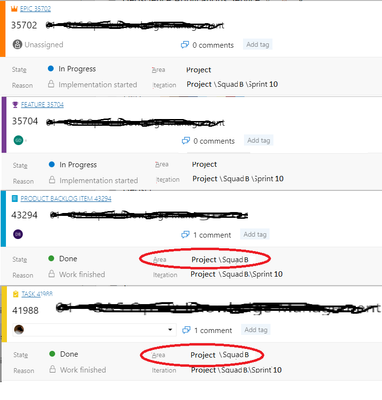 If we don't do this and leave the Area field just as 'Project' then the PBI and task do not appear in Squad B's sprint board. We think its because the settings for the two teams (Squad A & B) are different but we cant work out what that is.