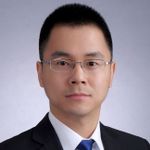 Let's go back to the YAML file editing interface and add the following paragraph after the trigger:- master segment at the beginning of the file:

Here repository:  Angular is a code name for the referenced source repository, which can be simply called later.

ref: Main claims to use the main branch.

Then add  after steps: 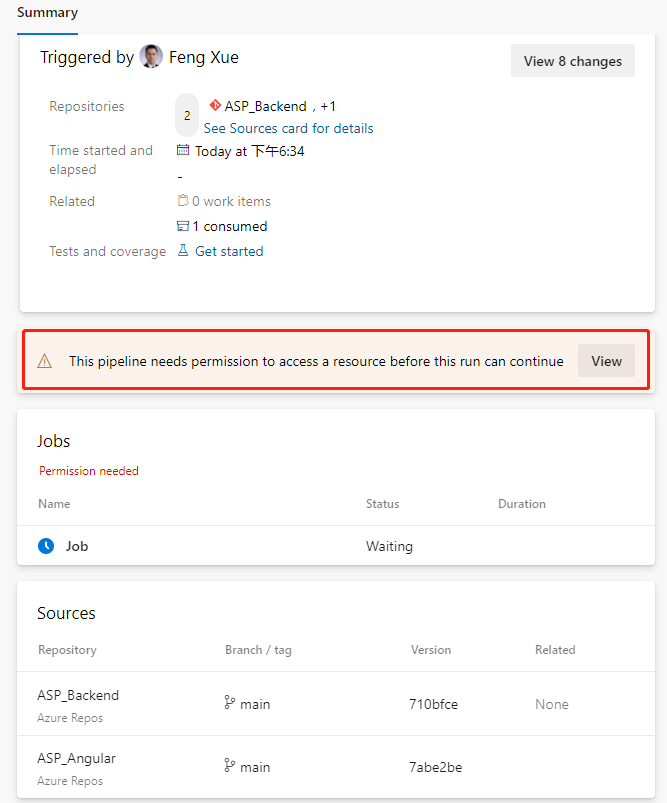 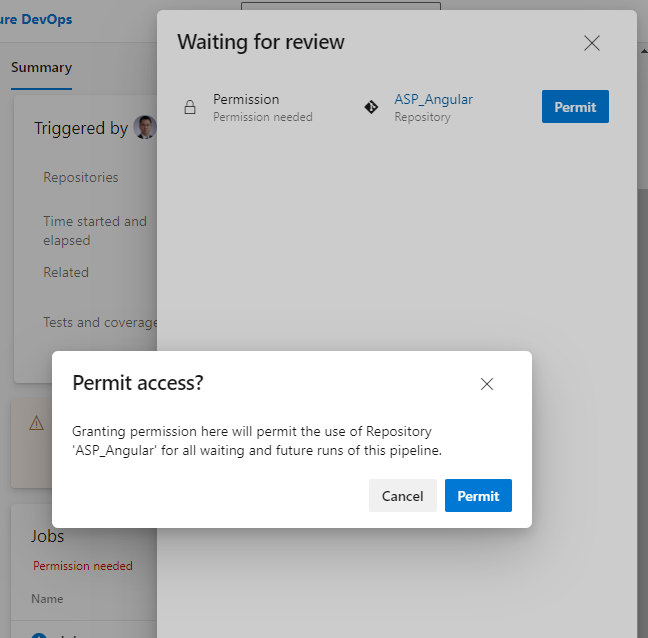 Just click the "Permit" button on the float layer. This permission only needs to be done the first time we add a task, and it won't pop up again.

This execution probability will fail. 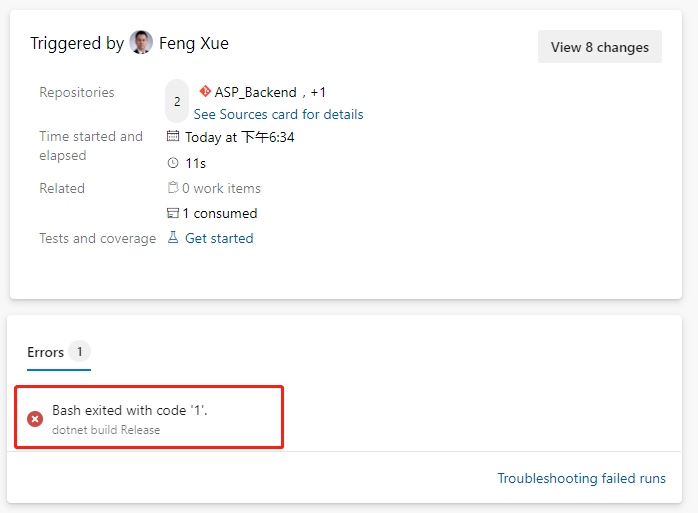 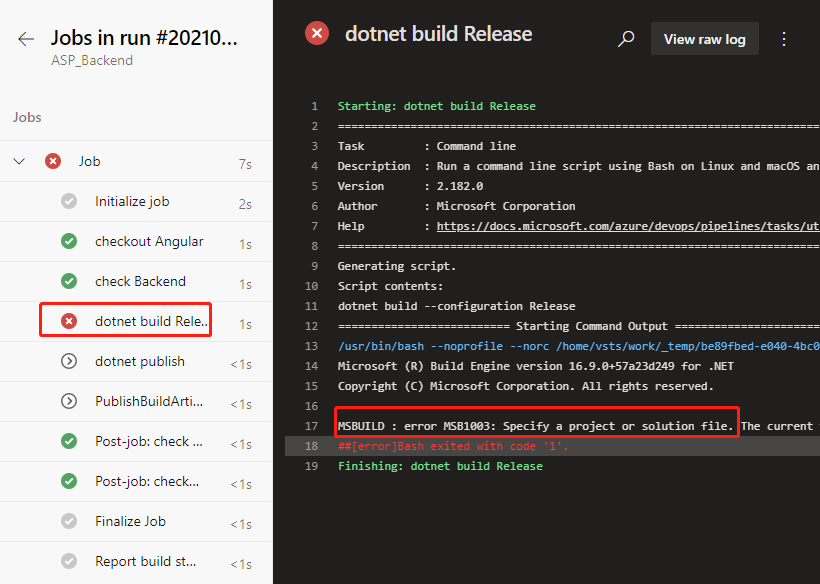 ASP build tasks that used to work properly did no work this time. Let's locate the task that were previously built by the wizard.

Replace with this below.

Save and run again and it works fine. We click on the Job link on the green check-in on the job run details page to see that the task of checking out the back-end repository of the front-end repository in the log is complete, and we can click on each task name to view the detailed log. 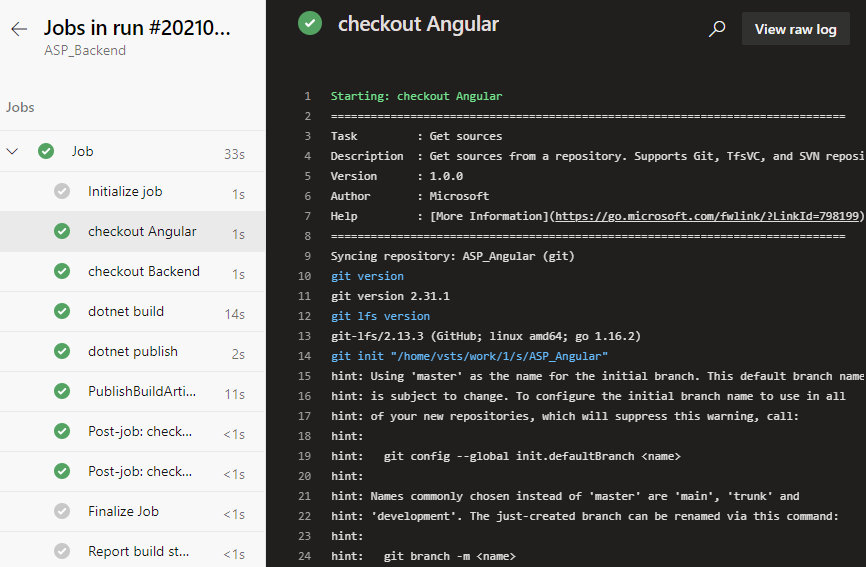 This means the path where the front-end code was saved in the container that our job was executed by the pipeline. We note this path down and we will need it to add build tasks later.