First published on CloudBlogs on Aug, 17 2016
Howdy folks! As many of you know, on Monday we released the updated Microsoft Authenticator apps in iTunes and Google Play Store. These new apps provide a single great MFA experience for both Azure AD and Microsoft consumer accounts. Now that we are through the initial launch, I thought it would be good to give everyone an update on how things are going and to answer questions. First, I'd like to start by saying "Thank you!". We've been completely blown away by the level of interest and excitement for this new app and by the positive feedback we've received. We just had no idea a combined Microsoft Authenticator would be such a hit! We've been seeing tons of downloads and tons traffic and questions on Twitter and LinkedIn and in email. Next, we've received a lot of questions about push notifications and one-click approvals. In the Android version of Microsoft Authenticator, push notifications are working for Azure AD and Microsoft accounts. In the iOS version we ran into a few last minute bugs with push notification for Microsoft account. So we decided to keep that feature in beta a few more weeks. Thus the current iOS version supports push notifications and one-click approvals for Azure AD only right now. 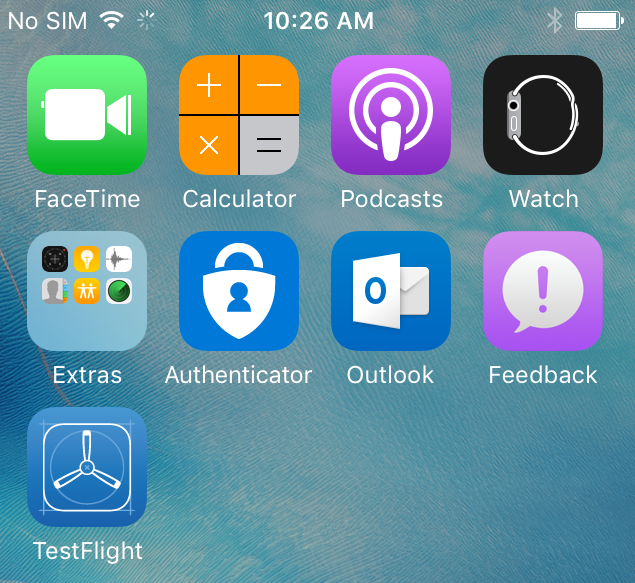 The good news is we have the Microsoft account push notification for iOS in beta testing and we're targeting to GA it before the end of August. If you'd like to join the beta test, you can send email to msauthenticator@microsoft.com and we'll get you added. (Be sure to send your first and last name along with your Apple ID in the email.) Many customers have also asked about support for TouchID on iOS and biometric fingerprint unlock on Android. These features are working with the current version for users who are required to us a PIN to complete their Azure AD authentication. In this case, the bio proof is used as an alternative to entering a PIN. Many of you have indicated you'd like to use biometric unlock features even if you don't have a PIN. We've heard your feedback and have kicked off planning to add this capability in the not too distant future. Some of you have also been asking about when the Microsoft Authenticator for Windows phone is coming. We have good news for you! We are just finishing up the localization now and we expect it to be available later this week. By popular request we've put together an updated FAQ about the capabilities of the Authenticator apps that can be seen here < FAQ link >.  We'll update this from time to time with new information. Also, you can always reach us directly by using the "Send feedback" link in the Authenticator Help menu. Again, thanks to all of you for your interest in Microsoft Authenticator! We're totally complimented and totally blown away! Best regards, Alex Simons (Twitter: @Alex_A_Simons ) Director of Program Management Microsoft Identity Division
0 Likes
Like