First published on CloudBlogs on Feb, 21 2018
Howdy folks, Office 365 groups is a cool and very popular collaboration feature in Office 365. Groups are easy and fast to create and your employees can use them to collaborate with their co-workers on projects, share team documents, and manage emails and calendars. As customers increasingly adopt Office 365 groups, we've been introducing new features, like groups expiration policy , to make it easier to manage the Office 365 groups that your employees create. Today, I'm excited to announce our next enhancement in this area, Office 365 groups Naming Policy. You can use this new feature to enforce consistent naming conventions for Office 365 groups across its associated workloads, and block specific words from being used in group names and aliases. A naming policy can help you and your users identify which department, office, or geographic region the group was created from. It can also help identify a group in the global address list, and block inappropriate words in the group names. Select administrators are exempted from these policies, across all group workloads and endpoints, so that they can create groups using blocked words and with their desired naming conventions. Getting started You can configure the following directory settings programmatically via Azure Active Directory PowerShell to enforce group naming conventions: Learn more about how to configure the Office 365 groups Naming Policy . End-user Experience The Azure AD Portals and the Office 365 groups apps enforce the Naming Policy when end users create or edit groups. This article details the behavior and compliance of Office 365 apps to the Naming Policy. Let's say the admin has configured the Naming Policy as follows: PrefixSuffixNamingRequirement = GRP [groupName] [Department] CustomBlockedWordsList = "CEO, payroll, HR" Here's what the experience will look like on some of the key groups apps when a user from the Sales department tries to create an Office 365 group: 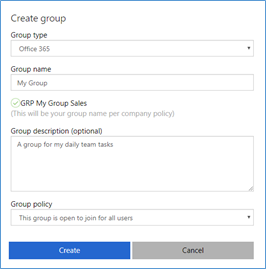 Figure 1. Full group name with Prefix and Suffix is displayed 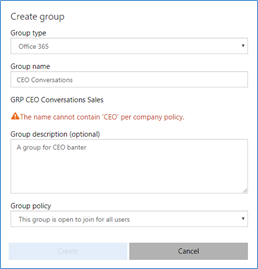 Figure 3.Prefix and Suffix are auto-appended to the group name and SMTP alias 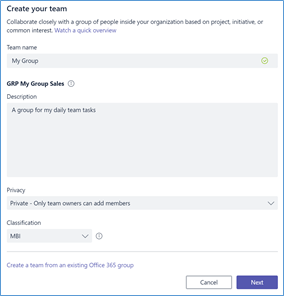 Figure 5. Full group name with Prefix and Suffix is displayed to the end user 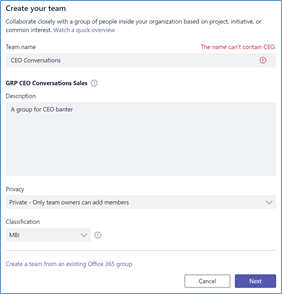 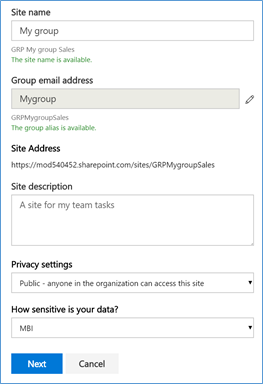 Figure 7. Prefix and Suffix are auto-appended to the group name and SMTP alias 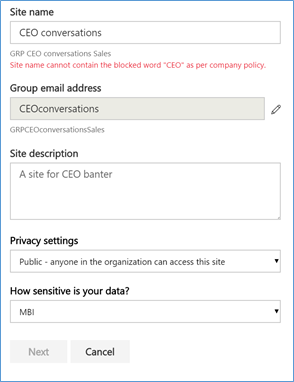 The Office 365 groups Naming Policy feature is available in public preview today for Azure AD Premium customers. Please note this feature will require Azure AD Premium licenses for all users that are members of Office 365 groups in the tenant. Let us know what you think!   We'd love to hear your feedback! If you have any suggestions for us, questions, or issues to report, please leave a comment below. We're always looking for ways to improve. Best regards, Alex Simons (Twitter: @Alex_A_Simons ) Director of Program Management Microsoft Identity Division
2 Likes
Like
Share
1 Comment

Thank you for this article. But this is not working for yammar  and other products

For eg : When i go to planner and create planner it follows the naming policy.

But when i go to team and add planner as task it does not follow the name policy . More over this taks updated in Planner without naming policy