Turn on suggestions
Auto-suggest helps you quickly narrow down your search results by suggesting possible matches as you type.
Showing results for
Show  only  | Search instead for
Did you mean:
WS2008: Terminal Services RemoteApps
By


OK - so what programs can be run as RemoteApps?  Basically, any program that can run in a Terminal Services session or in a Remote Desktop session should be able to run as a Remote Application.  The Remote Application feature is available to all platforms that support the new RDC 6.x client.  There are different ways that a user can access a RemoteApp program - depending on how the program was deployed:


Now let's quickly go over the architecture of RemoteApp programs.  There are two executables in particular to be aware of: 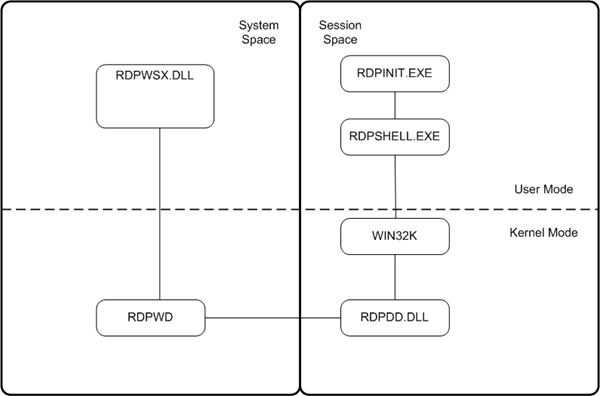 When a Remote Application is terminated, the process on the Terminal Server that is associated with that application is terminated.  However, the Terminal Server session itself remains in a disconnected state until it is reset by an administrator or the Group Policy setting that defines the time limit for disconnected sessions to remain in that state.

In the Editor Zone area under the Configuration option, I can set the Terminal Server that will provide the list of RemoteApp programs.  Since the Terminal Server and TS Web Access server are the same machine, I can leave the option set to localhost . 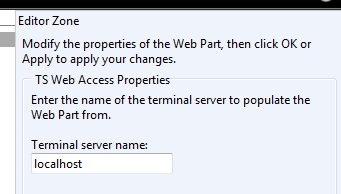 In order to make a RemoteApp program available to users, I have to add the program to the RemoteApps list.  By default, programs added to this list are also configured to be available through TS Web Access.  To add a program to the RemoteApps list, I need to use the TS RemoteApp Manager MMC snap-in.  Click the Add RemoteApp Programs item in the Actions pane to launch the RemoteApp wizard.  On this machine, I actually have two versions of the Windows Debugging Tools (x86 and x64) installed that I want to make available as RemoteApps - as you can see below, there are two versions installed, but ... which one is which? 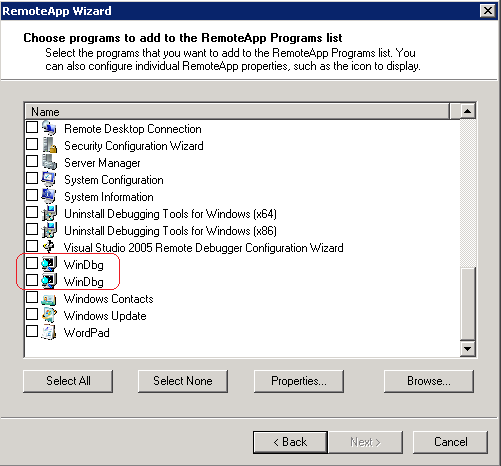 This is easy enough to resolve - by selecting one of the executables, and then clicking on Properties, I can figure out which one is which just by looking at the install path: 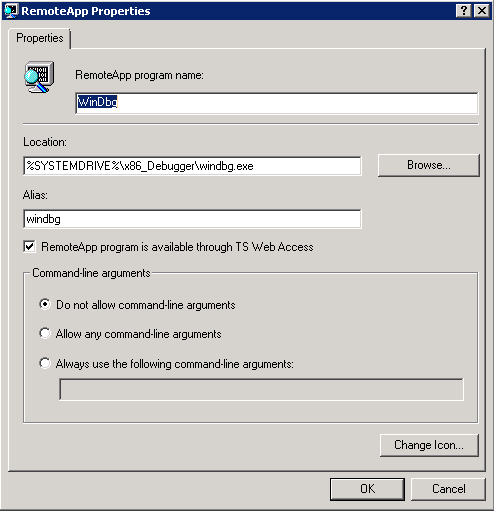 Now that I know which one is which, I can modify the properties to my needs - the display name, or any command-line arguments I need to specify.  For my purposes, I just need to fix the display names:

Select the programs by checking the boxes, and click Next .  This brings up a Review Settings dialog so you can verify your selections.  Click Finish and now in your RemoteApp Manager window, you have two RemoteApp programs that are enabled for TS Web Access:

When I refresh my TS Web Access page, I can see both applications.  I also added a Remote Desktop connection back to the Terminal Server itself. 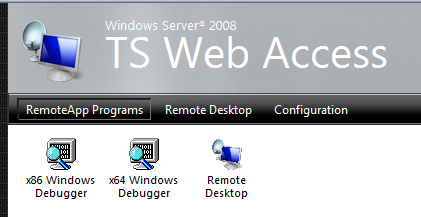 If I launch the x86 Windows Debugger, once I pass my credentials, I am presented with the RemoteApp Startup box 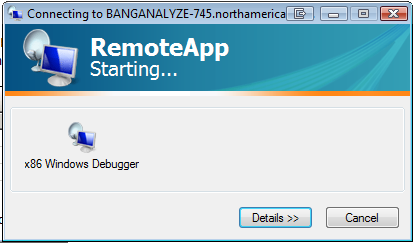 Once the application is launched, I get the taskbar item for the Debugger - as you can see, there is no indication that this is a RemoteApp from an initial inspection - the integration with my local desktop is seamless.

However, if I hover over the taskbar item, then I can see that this is a RemoteApp

If I wanted to deploy these RemoteApps via a .RDP or .MSI file, I would select the application in the TS Remote App Manager snap-in and then select either of the options under the Other Distribution Options section on the main snap-in page: