Turn on suggestions
Auto-suggest helps you quickly narrow down your search results by suggesting possible matches as you type.
Showing results for
Show  only  | Search instead for
Did you mean:
Happy Holidays & Happy Birthday
By


The end of the year is upon us.  It seems as though 2007 went by in a blur.  It has definitely been a busy year for us though - and not just on the Performance team.  We've had some tremendous product launches across Microsoft as a whole in 2007 including: 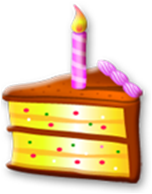 December is also a special month for the AskPerf blog.  December 23 marks AskPerf blog's first anniversary.  When we started with our first post, Troubleshooting those Pesky 2019 and 2020 errors! , a year ago we didn't really know what to expect.  In our first year though we have posted articles on a number of topics and by and large the feedback on all of them has been extremely positive.  Thank you to everyone who has read the articles, posted comments, replied to comments or provided direct feedback to us.

2008 promises to be just as busy with the launches of Windows Server 2008, Microsoft SQL Server 2008 and Microsoft Visual Studio 2008 all taking place in February.  One thing is for sure - we will definitely have lots to blog about next year!  However, as far as 2007 is concerned, this is our last post of the year.  We're all taking a little time off to recharge and get ready for 2008.  So from all of us here on the EPS Performance Team - HAPPY HOLIDAYS - SEE YOU IN 2008 ! 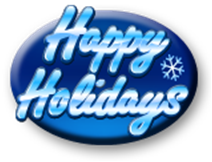