Turn on suggestions
Auto-suggest helps you quickly narrow down your search results by suggesting possible matches as you type.
Showing results for
Show  only  | Search instead for
Did you mean:
Happy Holidays (2009) & Happy Birthday
By


The end of the year is upon us.  It seems as though 2009 went by in a blur.  It has definitely been a busy year for us though - and not just on the Performance team.  We've had some tremendous product launches across Microsoft as a whole in 2009 including:

December is also a special month for the AskPerf blog.  December 23 marks AskPerf blog's first anniversary.  When we started with our first post, Troubleshooting those Pesky 2019 and 2020 errors! , two years ago, we didn't really know what to expect.  In our second year, we delve deeper into our core technologies, continued with our Two Minute Drill posts, and created a 21 day Launch Series on the new features included in Windows7 / Windows Server 2008 R2.  Thank you to everyone who has read the articles, posted comments, replied to comments or provided direct feedback to us. 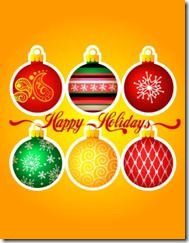