Turn on suggestions
Auto-suggest helps you quickly narrow down your search results by suggesting possible matches as you type.
Showing results for
Show  only  | Search instead for
Did you mean:
AskPerf goes to TechReady 5: The First Three Days
By

Today we're going to deviate a bit from our usual technical posts so that we can give you an insider's peek at a recent conference.  Last week, Jerry Ciferri and I spent the week in Seattle at TechReady 5, which is a Microsoft-internal conference for Technical field resources such as Support Engineers, Escalation Engineers, Account Technical Specialists and so on.  There's a lot less marketing blurb than one might expect, and some of the sessions get really deep into the technical aspects.  It is impossible to attend every session (there's over 800 breakout sessions and chalk talks), but we did our level best to hit all of the major Performance-related sessions.  So without further ado ... here's our week in review:

Day One: Sunday, July 22: The first day is mostly administrative - registration for the event and making sure that you have all of your sessions.  Jerry and I stayed at one of the downtown Seattle hotels which was only a five minute walk from the Washington State Convention and Trade Center.  Happily for us, because there were so many TechReady attendees staying in the same hotel, we were able to register in the hotel itself.  The first night of TechReady is always a meet & greet event.  The main attraction of the meet & greet was undoubtedly the Video Game area - some folks walked in, sat down at a game and didn't get back up till the end of the night.  By the way - if you're curious as to how big TechReady is, take a look at this picture from the first night before the Welcome reception got going - remember this picture, there's another one later on that will give you an idea of the scale of this event: 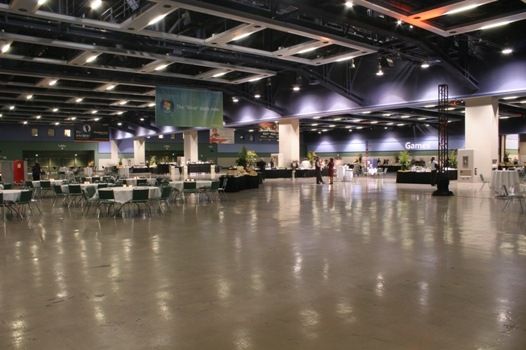 Following the reception, it was back to the hotel in preparation for the real start of the conference ...

Day Two: Monday, July 23: One of the nicest things about TechReady is that almost everything is provided.  I'm not complaining about the available eateries in downtown Seattle - far from it.  However, being able to have breakfast, take in a couple of sessions and then have lunch without leaving the building is appealing, especially when you consider how many sessions there are.  But, getting back to the technical stuff, the first day included general sessions with Norm Judah , Kevin Turner and Andy Lees .  The general sessions had several demos - the one that stole the show for me though, was the Windows Server 2008 Virtualization demo.  Following the General sessions, it was on to lunch.  Now - remember what I said about how big TechReady is?  If you ever wanted to see what 500,000 IQ points looked like in one place ... check this out: 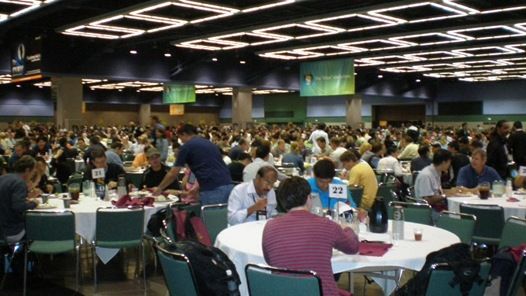 There's nearly 400 tables, each seating ten people apiece - and believe me, it gets crowded in a hurry (it is free food after all!)  .  The rest of the day included a pair of breakout sessions - one was on Windows Activation, the other was a "Terminal Services - Meet the Developers" session.  Both sessions were what we call "Chalk Talks" which means that rather than a set agenda, the discussion is free flowing and includes lots of Q&A.  In other words, a great first day ... but Monday would be nothing compared to what the following day held in store ...

Day Three: Tuesday, July 24 :  I'm going to title this section "The Running of the Geeks and a visit from 'The Man'".  Jerry and I decided the night before that we were going to get to the Convention Center early to make sure that we got good seats for the General Session.  Although the session didn’t start until 8:30 am, we were at the Convention Center at 5:54 a.m. (yes – we have timestamped pictures to prove it!) along with a couple of our brethren from the Directory Services team here in Texas.  The doors to the main hall of the event did not open until after 7:30 am, by which time there was a crowd of over 100 people anxiously waiting at the door. 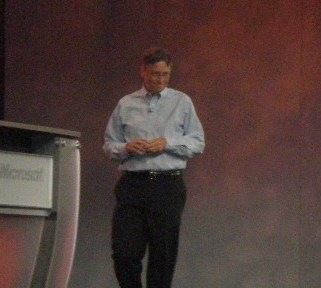 Line cutters were harshly dealt with in several different languages (I did recognize a couple of the Chinese and Russian swear words!) and the Event Staff, although outwardly jocular were just praying for 7:30 to roll around.  The last thing you want to tell a crowd of people waiting to get into an event is “DON’T RUN”.  When those doors opened, the Running of the Geeks was on.  In a truly amazing display of nerd athleticism, the distance to the main auditorium was covered in short order – when those doors opened, it was every geek for themselves as the fight for front row seats began.  The four of us who were there shortly before 6:00 a.m. were absolutely not to be denied our rightful place in the front row for today’s general session  with Norm Judah, Bill Veghte and … “The Man” himself – Bill Gates .

The session itself was simply amazing – although in one of the most exceptionally kamikaze-like Career Limiting Moves, we did have someone call Bill … “Steve” during the Q&A.  Oops.  There’s months of entertainment at that person’s expense in the future.  BillG’s demo of the new Windows Mobile features definitely fell into the “Way Cool” category, and during his demo of the advanced dialing features, we were hoping that he would call SteveB, but alas, he flirted with calling a local pizzeria instead.  Other than the faux pas with the names, the Q&A was a cross between an homage to BillG and real questioning.

Bill Veghte had the unenviable task of following BillG on-stage, but he did steal some of the limelight with the Silverlight demo.  If you haven’t heard of Silverlight before, you’ll be hearing a lot about it in the very near future.  (Watch http://www.mlb.com for some very cool Silverlight applications!)

After the General Session, it was back to the breakouts.  Day Two saw us pulling a Terminal Services double-header with a chalk-talk on the new features of Windows Server 2008 Terminal Services followed by a Hands-On Lab for Terminal Server, RemoteApp, TS Web Access and TSGateway.  After that it was on to a session on new Directory Services features in Server 2008.  Even though the Performance team don’t really get into the nuts and bolts of DS, more knowledge is never a bad thing!  The new features such as the Fine-Grained Password Policy (multiple password policies in a single domain!) and the Read-Only Domain Controller for branch offices where physical security is problematic are going to be big winners.  In particular, the recoverability of a RODC that sprouts limbs and heads out the door is exceptionally simple – another major win for the DS team.  And with that, Tuesday drew to a close ...

So that's the first three days of TechReady ... in the next post, we'll wrap up the week.