Turn on suggestions
Auto-suggest helps you quickly narrow down your search results by suggesting possible matches as you type.
Showing results for
Show  only  | Search instead for
Did you mean:
Friday Mail Sack: They Pull Me Back in Edition
By

Friday Mail Sack: They Pull Me Back in Edition

First published on TechNet on Oct 28, 2011
Hiya world, Ned is back with your best questions and comments. I’ve been off to teach this fall’s MCM , done Win8 stuff , and generally been slacking keeping busy; sorry for the delay in posting. That means a hefty backlog - get ready to slurp.


It’s by design, but not by any specific intentions. Netdom was written for NT 4.0 and uses a very old function when you invoke QUERY DC, which means that if a domain controller is not of type SV_TYPE_DOMAIN_CTRL or SV_TYPE_DOMAIN_BAKCTRL , they are not shown in the list. Effectively, it queries for all the DCs just like Nltest, but it doesn’t know what RODCs are, so it won’t show them to you.

Nltest is old too, but its owners have updated it more consistently. When it returns all the DCs (using what amounts to the same lookup functions), it knows modern information. For instance, when it became a Win2008 tool, its owners updated it to use the DS_DOMAIN_CONTROLLER_INFO_3 structure , which is why it can tell you the FQDN, which servers are RODCs, who the PDCE is, and what sites map to each server.

When all this new RODC stuff came about, the developers either forgot about Netdom or more likely, didn’t feel it necessary to update both with redundant capabilities – so they updated Nltest only. Remember that these were formerly out-of-band support tools that were not owned by the Windows team until Vista/2008 – in many cases, the original developers had been gone for more than a decade.

Now that we’ve decided to make PowerShell the first class citizen, I wouldn’t expect any further improvements in these legacy utilities.


We’re trying to use DSRevoke on Win2008 R2 to enumerate access control entries. We are finding it spits out: “Error occurred in finding ACEs.” This seems to have gone belly up in Server 2008. Is this tool in fact deprecated, and if so do you know of a replacement?


According to the download page, it only works on Win2003 (Win2000 being its original platform, and being dead). It’s not an officially supported tool in any case – just made by some random internal folks. You might say it was deprecated the day it released. :)

I also find that it fails as you said on Win2008 R2, so you are not going crazy. As for why it’s failing on 2008 and 2008 R2, I have not the foggiest idea, and I cannot find any info on who created this tool or if it even still has source code (it is not in the Windows source tree, I checked). I thought at first it might be an artifact of User Account Control, but even on a Win2008 R2 Core server, it is still a spaz.

I don’t know of any purpose-built replacements, although if I want to enumerate access on OUs (or anything), I’d use AD PowerShell and Get-ACL. For example, a human-readable output: 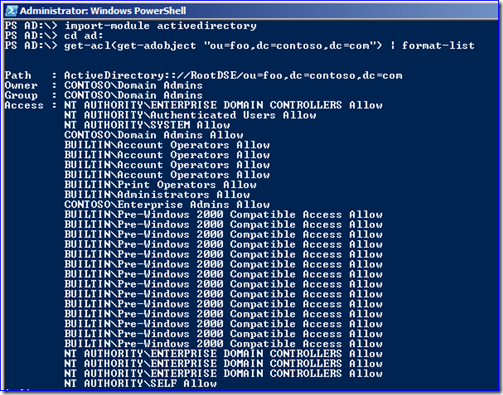 Or to get all the OUs: 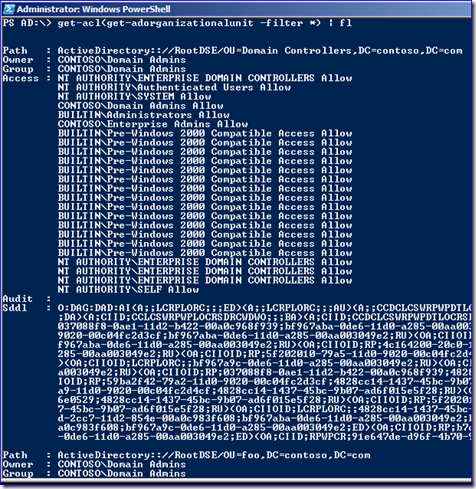 Or fancy spreadsheets using select-object and export-csv (note – massaged in Excel, it won’t come out this purty): 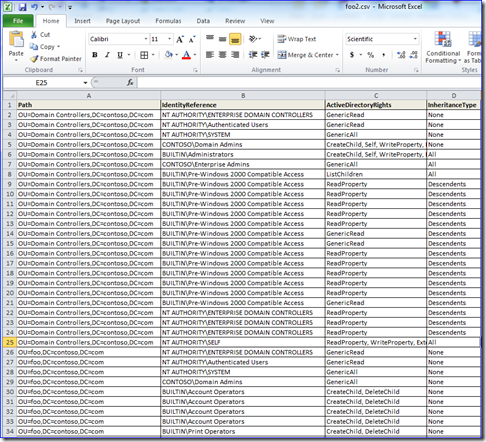 Or whatever. The world is your oyster at that point.

You can also use Dsacls.exe, but it’s not as easy to control the output. And there are the fancy/free Quest AD PowerShell tools, but I can’t speak to them (Get-QADPermission is the cmdlet for this).


We are thinking about removing evil WINS name resolution from our environment. We hear that this has been done successfully in several organizations. Is there anything we need to watch out for in regards to Active Directory infrastructure? Are there any gotchas you've seen with environments in general? Also, it seems that the days of WINS may be numbered. Can you offer any insight into this?


Nothing “current” in Windows has any reliance on WINS resolution – even the classic components like DFS Namespaces have long ago offered DNS alternatives - but legacy products may still need it. I’m not aware of any list of Microsoft products with all dependencies, but we know Exchange 2003 and 2007 require it, for instance (and 2010 does not). Anything here that requires port 137 Netbios name resolution may fail if it doesn’t also use DNS. Active Directory technologies do not need it; they are all from the DNS era.

A primary limitation of WINS and NetBT is that they do not support IPv6, so anything written for Server 2008 and up wouldn’t have been tested without DNS-only resolution. If you have legacy applications with WINS dependency for specific static records, and they are running at least Server 2008 for DNS, you can replace the single-label resolution functionality provided by WINS with the DNS GlobalNames zone. See http://technet.microsoft.com/en-us/library/cc731744.aspx . Do not disable the TCP/IP NetBIOS Helper service on any computers, even if you get rid of WINS. All heck will break loose.

Rest assured that WINS is still included in the Windows 8 Server Developer Preview, and Microsoft itself still runs many WINS servers; odds are good that you have at least 12 more years of WINS in your future. Yay!

I expect to hear horror stories in the Comments…


What is the expected behavior with respect to any files created in DFSR-replicated folders if they're made prior to initial sync completion? I.e. data in the replicated folder is added or modified on the non-authoritative server during the initial sync?

And just what are DFSR “Credits?” Does this amount just control how many files can be replicated to a partner before another request has to be made?  Is it a set amount for a specific amount of time per server?


Not how many files, per se - how many updates. A credit maps to a "change" - create, modify, delete.  All the Credit Manager code does is allow an upstream server to ration out how many updates each downstream server can request in a batch. Once that pool is used up, the downstream can ask again. It ensures that one server doesn't get to replicate all the time and other servers never replicate - except in Win2003/2008, this still happened. Because we suck. In Win2008 R2, the credit manager now correctly puts you to the back of the queue if you just showed up asking for more credits, and gives other servers a chance. As an update replicates, a credit is "given back" until your list is exhausted. It has nothing to do with time, just work.

"No update credits available" is normal and expected if you are replicating a bung-load of updates. And in initial sync, you are.


The registry changes I made after reading your DFSR tuning article made a world of difference. I do have a question though: is the max number of replicating server only 64?


Not the overall max, just the max simultaneously . I.e. 64 servers replicating a file at this exact instance in time. We have some customers with more than a thousand replicating servers (thankfully, using pretty static data).


Almost all. To see the security on any particular event log, you can use wevtutil gl . For example:

Note the S-1-5-32-573 SID there on the end – that is the Event Log Readers well-known built-in SID . If you wanted to see the security on all your event logs, you could use this in a batch file (wraps):


Happy Birthday to Bill Gates and to Windows XP . You’re equally responsible for nearly every reader or writer of this blog having a job. And in my case, one not digging ditches. So thanks, you crazy kids.

Halloween Part 2: Dogs in costume , courtesy of Bing . The AskDS favorite, of course, is: 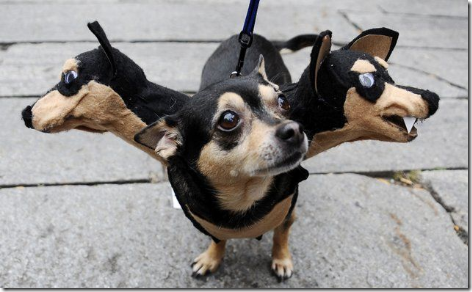 Thanks to Japan, you can now send your boss the most awesome emoticon ever, when you fix an issue but couldn’t get root cause:


Pluto returning to planet status ? It better be; that do-over was lame…

Finally – my new favorite place to get Sci-Fi and Fantasy pics is Cgsociety . Check out some of 3D and 2D samples from the Showcase Gallery : 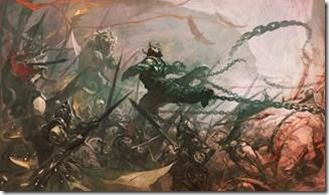 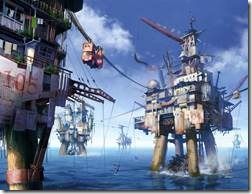 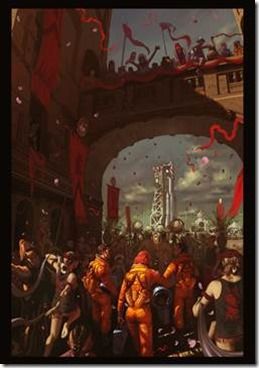 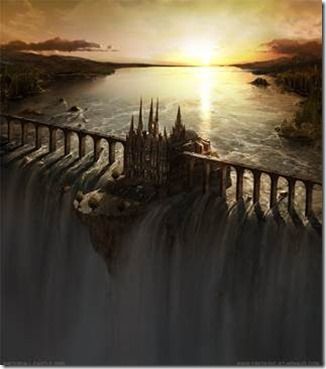 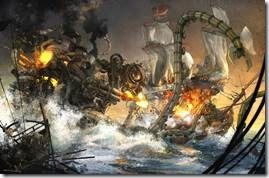 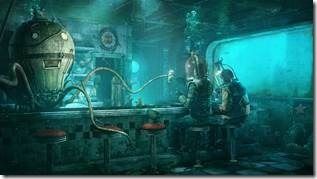 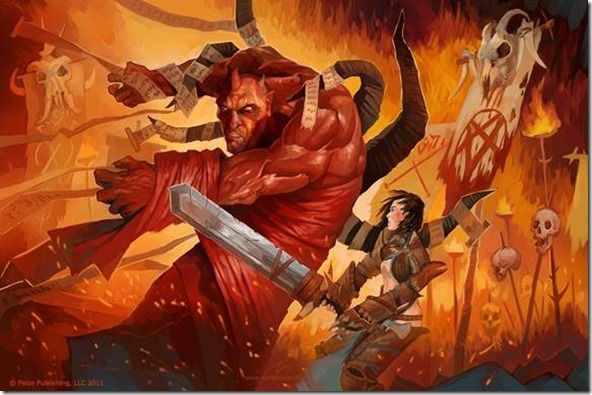 That last one makes a great lock screen


Have a great weekend, folks.


- Ned “They hit him with five shots and he's still alive!” Pyle
0 Likes
Like