Feature flags is a concept meaning that you switch features on and off via a flag. Why would you want to do that?

Depending on if you are working on a mobile app, a webapp or some other type of software, how you implement feature flags might differ. The flow of how a feature flag is applied is roughly the same though:

Code like that might be baked into a tag component, so you might not have to write it. (That's just what it is in .NET Core)

No recompile, No redeploy 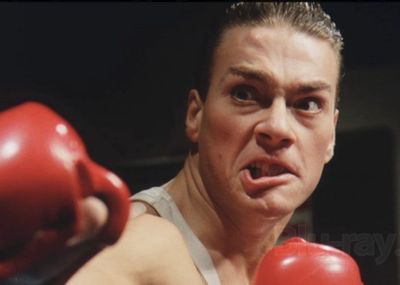 Above is Jean Claude Van Damme in the movie, No retreat, no surrender. The only way to beat the bad guy (Van Damme) was by a superior technique, taught to a young fighter by the ghost of Bruce Lee. You might not have a ghost handy, but you can make sure that the way you manage your feature flags is done with a minimum of interruption - No recompile, no redeploy.

You can have the flag as a variable within your code. Depending on what it's set to, the feature is either on or off. This has a weakness though, it forces you to change the code, recompile and redeploy it. That can work for you but oftentimes you want a different behavior, you want to be able to enable/disable flags with no compilation or redeploy. So how do you do that? You move the mechanism for managing the flags outside of your source code. There's a couple of ways to do that, and we will explore both ways:

Let's look at how you can implement feature flags in .NET Core next, with both the mentioned approaches.

It's possible to work with feature flags locally by using a built-in functionality in ASP .NET Core that uses a JSON file appsettings.json. Using said JSON files you can define what flags you have and their values. Then you can rely on decorators and built-in tags in Razor to display differently depending on the value of the flags.

You'll start by trying out the configuration file scenario first and then move to use the App Config store in Azure.

Create flags and configure your project to use them

The command will create an MVC project in a sub directory TestFeatureFlags.

It's up to you if you want to do this change or not, we will however continue with the default, so we need to specify a FeatureManagement section in appsetting.json.

Next you will see how you can use the Razor tag feature and render a portion if the correct flag is enabled.

This line will let you use the feature tag.

Note above the usage of the feature tag:

What you are saying is, if the flag Beta is set to true, then render this portion. Consulting your appsettings.json you can see the flag Beta is true, so it should work. Let's build and run our project next.

You see an output similar to the below:

Save the file and refresh the browser. You should now see the following:

Congrats, you've managed to set up feature flags locally and control its usage via appsetting.json file. However, if your app is deployed to a cloud service like Azure, it's somewhat impractical to go into the deployment files, open up a file and save it. I mean you can, but it feels clumsy, or even worse, change the file locally and redeploy the whole thing, yikes !

A better approach is to rely on a configuration service. For Azure you can use something called Azure Config Store. Let's leverage that service next.

Before we add the cloud service the review the steps we are about to take:

You now have a new entry in your project file ending with .csproj, something similar to this:

We will return to secrets management once we need to persist the connection string from our cloud resource. 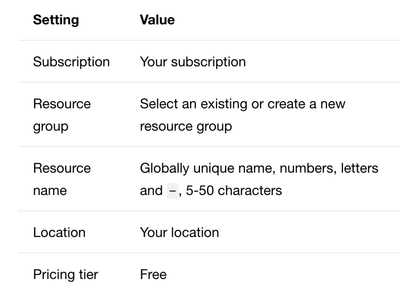 Configure App to use Config Store

This will set a secret in the secrets manager that you will be able to retrieve via code next.

What you did was calling the ConfigureAppConfiguration() method on the webBuilder instance. It takes an Action delegate where you retrieve the AppConfig value from the section ConnectingStrings. Then you use the result string value and call AddAzureAppConfiguration() that connects to the Config store and instructs it to use feature flags. Next, let's rebuild and run your app and see if it works :)

You should now see your app rendered like this:

This time, the feature flag value is read from Azure instead of from appsettings.json

This time, you should see the following image, with the Beta text gone.